Long distance runners have a lot of different ways of talking about “the wall.” It’s the moment, somewhere late in the race, when all of a sudden everything just gives out: your energy, your motivation, your will to live… (ok, maybe not quite that extreme). I hit it at hit it at mile two of the Flying Pirate Half last month. I hit it on mile six of the Pittsburgh half two weeks ago when it was still raining and I had to cross another dang bridge. And I kind of hit my digital nomad-ing wall this week — after arriving in my fourth city in five days.

For an enthusiastic traveler, this kind of thing looks good on paper. It seems like a good idea — cramming in sites and races and visits to people in between other sites and races and visits to people. You’re a trooper, you think. You’ve totally got this, you think. But when it comes time for your future self to actually get through those great ideas, they don’t turn out to be quite so great.

I left Pittsburgh last Wednesday (for reference, today is Tuesday) and drove to Indianapolis. I spent two nights there, then drove to Pewaukee, Wisconsin to spend the night in a hotel. Saturday morning, I got up and ran the Kings & Queens Half Marathon, then showered, checked out, and drove two hours to Stevens Point, Wisconsin to visit a dear friend. Monday afternoon, I packed up and drove across the state to La Crosse, Wisconsin, and it was on that drive that I hit my metaphoric wall. That was too many places and too many things in not enough days… given that I don’t have a home base to crawl back to and recuperate.

So, instead of heading off to Chicago in a few more days, I’ve changed my plans and will stay put for a while longer. I’m bunking up with a friend in her adorable new (to her) house here in La Crosse, and I can’t think of anything nicer than spending the next week chilling the @#$! out on her porch. (Which is what I’m doing right now). 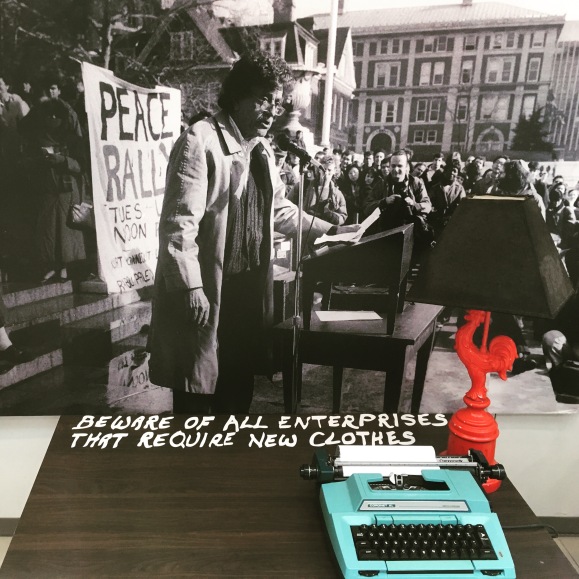 From the Vonnegut Museum (though it’s on hiatus) in Indianapolis

About two weeks ago (while I was back in Pittsburgh after driving there from Las Vegas in less than a week), I hit the six month mark of living on the road. I felt like I should write something then, but I didn’t feel terribly inspired. Didn’t have any profound thoughts I wanted to share or key reflections of what that milestone meant. But today, day 192 on the road, it was time to stop. To sit still for a while, and breathe, and reconnect with myself.

Not living anywhere is weird. It’s weird in the way that I have to explain it when I introduce myself to new people. It’s weird in the way that my social calendar is more about what city and time zone I’ll be in than what I’m doing on a given night next week. It’s weird in not having my own space (outside my car). In not having a place for people to send mail where I’ll reliably receive it. In having to strategically plan online orders around where I’ll be when it might arrive. In feeling so perpetually untethered.

It’s also awesome. And lovely. I’ve had the opportunity to spend the last six months seeing so very much of my country. Since November 3rd, I’ve put somewhere in the range of 13,000 miles on my car.  I’ve spent at least one night in nineteen different states and twenty-four different cities. I’ve plowed through at least thirty-eight audiobooks. And, most importantly, I’ve gotten to spend time with so very many people who I love.

I’m bummed that I won’t be going through Chicago this weekend, but I’m also incredibly relieved to have let it go. The prospect was overwhelming, and I guess if I really have any major reflection to share about what it has meant to live on the road for this long, it’s the change I can see in myself regarding the need to plan. I am so much more comfortable with flexibility than I was eight months ago. Or even four.

The me from a year ago had her calendar mapped out a month at a time, had travel planned from now through the end of the year. The me of today doesn’t really know what she’s doing or where she’ll be between June 4th (when she leaves Toronto) and roughly June 26 (when she returns to Greenville to get her house ready to sell). And I’m bizarrely okay with that. I’ll figure it out, and I’ll probably enjoy myself whatever I do.

There’s so much joy in the little things. In walking around the neighborhoods of Stevens Point, Wisconsin or Hampstead, Maryland. In waking up to sit drinking coffee with my dear friend from grad school. In getting to have dinner with my parents or snuggle with my brother’s dog. In watching the sunset or sunrise through so many different windows. But it helps to be still for a while to enjoy them.

I may be worn out and a little overwhelmed, but I’m so very, very grateful to have given myself the gift of this year. I don’t know where my journey will take me, but I’m enjoying the hell out of the ride. 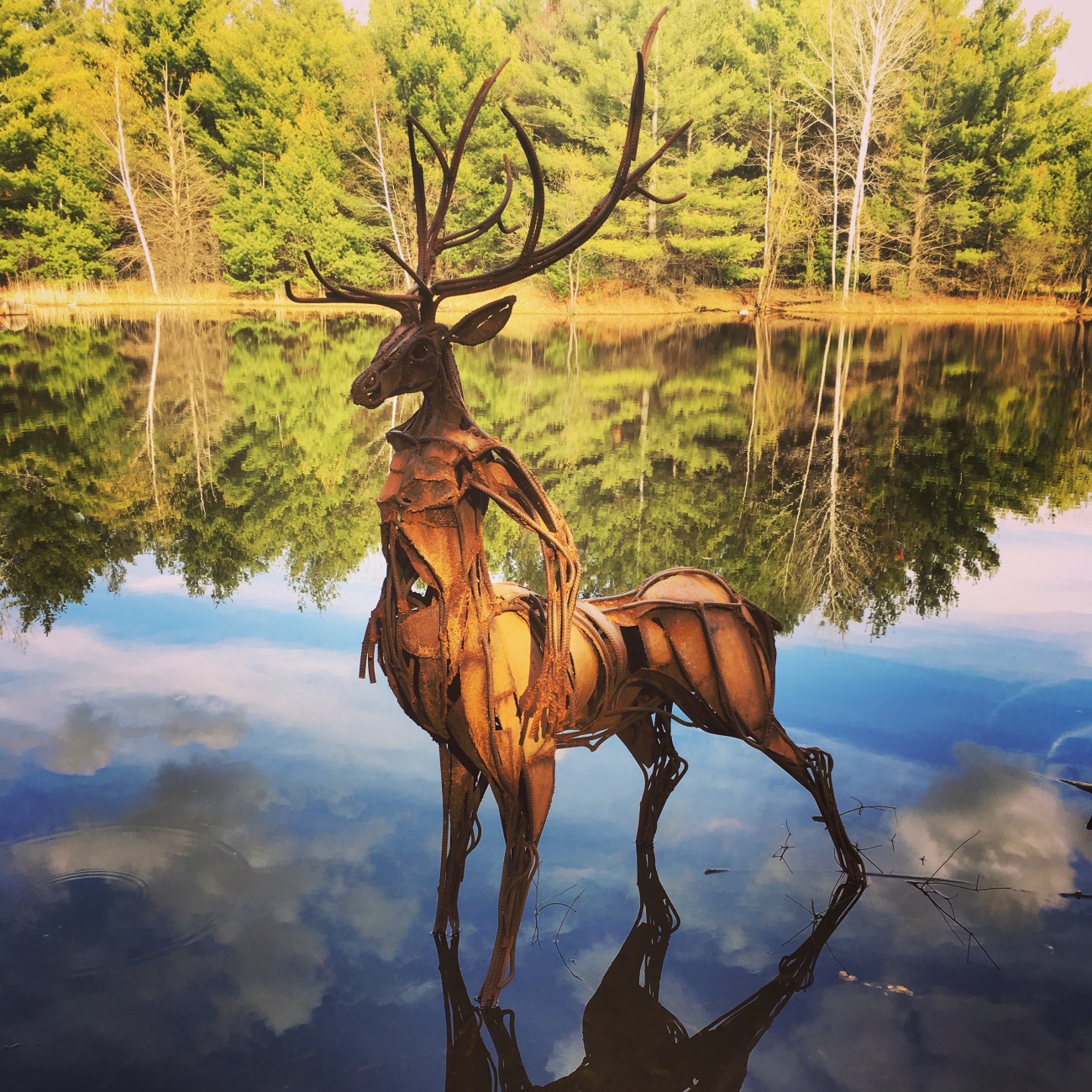 From the sculpture park in Stevens Point